As Tassie is our home state this is literally close to home!, there is already plenty of controversy over Aurora Energy (hydro created power supplier) and how it buys and sells power since the Bass Link that connects Tasmania into the Victorian “Black” power grid but it’s good to see more growth in this area.  Lets just hope they don’t turn to selling it to VIC only to buy “Black” power back to use in Tasmania which feels it defeats the purpose of the exercise.

Hydro Tasmania has announced that it is investigating the potential to build a 600 MW wind farm on King Island, a move hailed by the clean energy industry as “a welcome display of leadership.”

The wind farm proposal, to be known as TasWind, is estimated to cost approximately $2 billion and will comprise around 200 wind turbines, according to Hydro Tasmania. 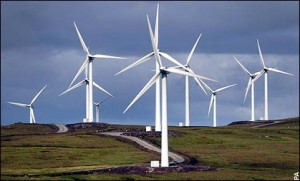 If approved, the renewable energy produced would be transmitted into the National Electricity Market via a high-voltage direct current underwater cable across Bass Strait, with a landing point in Victoria.

The wind farm would produce approximately 2,400 GWh of energy, enough to supply approximately 240,000 homes. According to Hydro Tasmania, this would represent more than 5 per cent of Australia’s Renewable Energy Target and would reduce the amount of carbon entering the atmosphere by around 1.9 million tonnes annually.

The Clean Energy Council (CEC) said that the proposal is a welcome display of leadership by one of the industry’s major players.

“TasWind will provide some important lessons for developing clean energy projects in an island setting, which can potentially be replicated across the country and Asia-Pacific region,” CEC Chief Executive David Green said.

Hydro Tasmania said that initial consultation with the island’s community will begin immediately to seek their feedback over the next three months as part of the pre-feasibility stage.

Hydro Tasmania Chair David Crean said that for the past 15 months, Hydro Tasmania has been assessing the wind farm concept on the island to utilise the world-class resource of Roaring 40s. 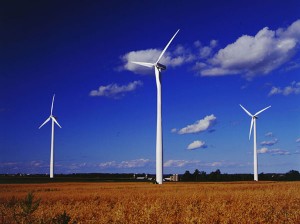 Dr Crean said that the work done to date indicates it is broadly feasible from a technical, economic and environmental perspective. The Tasmanian Government had expressed its strong support for the project proceeding to the consultation stage.

“It is most important that we seek the views of the King Island community,” Dr Crean said. “Their support is crucial for the project to go to the full feasibility stage.”

Mr Green added “Like any new infrastructure project, it’s essential that companies engage with the local community in good faith, addressing any concerns they may have along the way.”

Hydro Tasmania expects to be in a position to make a decision on whether to move to full feasibility for the project by April 2013.

If the project proceeds to full feasibility, these studies would be completed by 2015 and be followed by a comprehensive approvals and design process.

Construction would then be expected to begin in 2017, with full operation in 2019.